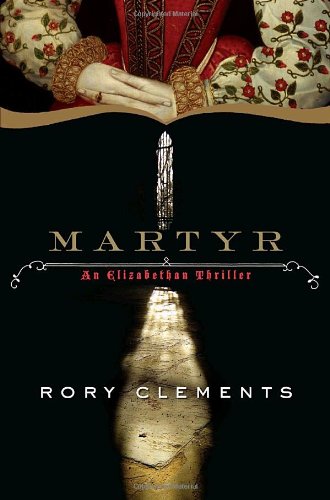 William Shakespeare's older brother, John, plays sleuth in Clements's excellent debut, billed as an Elizabethan thriller. While Queen Elizabeth hesitates to sign the death warrant for Mary, Queen of Scots, her spymaster, Sir Francis Walsingham, fears the Spanish have sent an assassin to England to kill the country's greatest naval hero, Sir Francis Drake. John, Walsingham's “assistant secretary and chief intelligencer,” suspects the conspiracy against Drake may be connected with a murder John's investigating—the stabbing death of Lady Blanche Howard, whose mutilated corpse was found in a burning London building. His inquiries put him at odds with Richard Topcliffe, a fanatical servant of the queen known for his taste for torture and anti-Catholic zeal, who threatens to expose John's father's secret Catholic sympathies. The characters, action and period detail are all solid, though some may wish the end notes had provided information on the historical John Shakespeare.