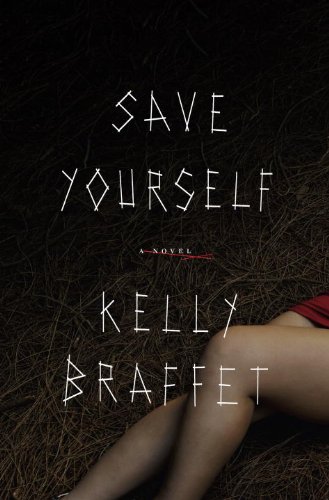 A sharp portrait of five people damaged by their childhood elevates Braffet’s captivating, realistically creepy third novel, set in Ratchetsburg, Pa. Mike Cusimano blames his brother, Patrick, for the fact that their father, John, was sent to prison for the hit-and-run death of a child while in an alcoholic haze. Mike believes that if Patrick hadn’t called the police, their father would never have been arrested, despite the damaged, bloody car. The residents of Ratchetsburg also fault the brothers for waiting 19 hours before calling the police. Mike’s girlfriend, Caro, who fled from her bipolar mother when she was 16, lives with the brothers, but is increasingly attracted to Patrick. Meanwhile, sisters Layla and Verna Elshere are outcasts at their high school, ostracized because their father, Jeff, “a home church leader,” waged a high-profile campaign against sex education. Layla, who has retreated into the goth world, pulls Verna with her, along with Patrick, into an even darker, violent place. Braffet (Last Seen Leaving) uses graceful prose, astute dialogue, and vivid characters to carry the plot to an unexpected and believable finale. Agent: Julie Barer, Barer Literary. (Aug.)
close
Details