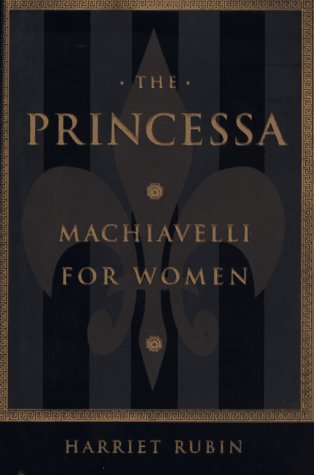 Taking her cue from Machiavelli's The Prince, Rubin, founder and publisher of Doubleday's Currency business books imprint, declares that a woman can get what she wants, on the job or in personal relationships, by becoming a ""princessa""--a commanding presence exuding authority, both as a lover and a fighter, who wins not by copying male tactics of assertiveness and aggression but by drawing on her feminine strengths of wisdom, power-sharing and strategic maneuvering. Hillary Clinton, for example, ran into trouble by fighting like a prince, rather than using such princessa tactics as behaving ""as if your enemy is your ally,"" or becoming ""a woman who combines opposites."" The advice here makes sense, although Rubin's handbook can be repetitive or can verge on self-parody: ""Inanna, a Sumerian princess, was a princessa who became an expert at besting. If she were alive today, she would be the entrepreneur who wants a piece of the action,"" we are told. The role models provided include Russian ""poet and warrior"" Anna Akhmatova, George Eliot, Ayn Rand, Rosa Parks and French resister Magda Trocme, who sheltered Jewish refugees from the Nazis. Rubin occasionally falls back on cliches, but given her position in the corporate world, which provides testimony for the efficacy of the techniques she explicates here, women climbing the corporate ladder would do well to heed her guidance. (Apr.)
close
Details