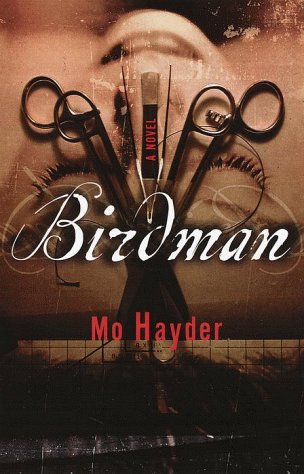 Treading the grisly path blazed by Thomas Harris in 1981 with Red Dragon, promising newcomer Hayder crafts a blood-curdlingly creepy debut thriller set near the Millennium Dome in Greenwich, England. When Det. Insp. Jack Caffery is called in to investigate the puzzling murder of a young woman, he is confronted by a host of ghastly details, not the least of which is a live bird sewn inside the brutally mangled corpse. The timing of the case could not be worse: DI Caffery's relationship with his girlfriend is on the rocks; there's a new DI from CID who's trying to usurp Caffery's Golden Boy status with the superintendent; and Caffery's obsession with his next-door neighbor, a convicted pedophile who Caffery believes may have murdered Caffrey's own long-missing brother, has reached a confrontational stage. The detective and his good-natured partner, Paul Essex, focus the murder case on a seedy local pub, which is both the locus of the area's illegal activities and the watering hole for workers at a nearby hospital, one of whom, Caffery thinks, must be the surgically trained killer. Caffery's CID competitor targets a local black drug dealer, which ups the political and media ante uncomfortably. Caffery's more methodical approach leads him to the man he believes is the killer, whose suicide convinces him he's right. But when more bodies turn up with the same trademark mutilations, Caffery must start all over again, and his new findings lead him to an altogether more appalling conclusion. Hayder is impressively successful in appealing to a broad, multigenre fan base (mystery/police procedural, thriller, horror). She displays a good working knowledge of forensics and English police procedures, and Birdman's plot has more twists than a surgeon's knot. But the weak of stomach are forewarned--her graphic imagination knows no bounds. Literary Guild, Doubleday Book Club and Mystery Guild featured selection. (Dec.)
close
Details