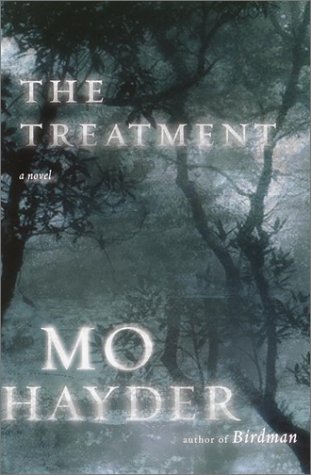 This sequel to Hayder's 1999 debut is as raw as a predawn autopsy, and promises to please fans of her beleaguered protagonist DI Jack Caffery and his weary crew of London cops and coroners. The book trades its predecessor's taboo (necrophilia) for pedophilia, with Hayder delving deeper into the nitty-gritty of police work than many of her American counterparts dare. Called in when a young couple are discovered handcuffed and half-dead in their home, Caffery's infamous Area Metropolitan Investigation Team ("The murder squad, you mean?") combs a seedy park in a gentrifying slum looking for the couple's missing eight-year-old son. Caffery leaves no stone unturned, bringing in helicopters and human remains dogs ("You do know that if we find him the dogs might, uh, destroy some evidence, don't you?") and broods over the resemblance of the case to his own brother's childhood disappearance. With the discovery of the boy's mutilated corpse, Caffery and his boss, the affable DCI Danniella Souness, turn South London upside down hunting the sadistic killer. Meanwhile, the author introduces potential suspects in a parallel narrative, their hidden vices described with stomach-churning clarity. Hayder handles procedural detail ("All prisons in London insist on being informed about any helicopter that passes. It keeps them calm"), dialogue ("I'm not a shagging you know") and volatile subject matter with powerful dexterity, crafting another deliciously chilling thriller.