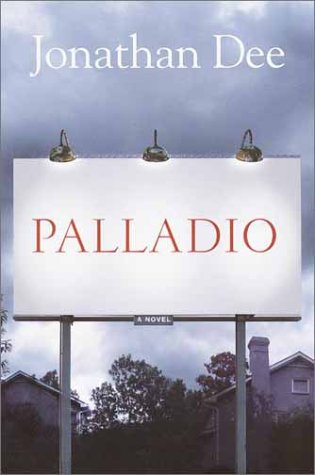 "Our culture propagates no values outside of the peculiar sort of self-negation implied in the wry smile of irony..." according to Mal Osbourne, the iconoclastic advertising genius who founds Palladio, the eccentric Charlottesville, Va., advertising agency in this new novel by Dee (). To fight irony, Mal simply lets his employees, a motley crew of artists and writers, make avant-garde art. He then "allows" companies to attach their names to it. In an unlikely turn of events, the agency soon generates buzz, as does Mal's anti-ironic persona. Mal's troubleshooting assistant, John Wheelwright, has been drawn to Palladio from a Manhattan agency, a move that costs him his girlfriend. John had a deeper relationship in his early 20s, when he was a student at Berkeley, with Molly Howe, a gorgeous, confused girl with a complicated family history. It's John's bad luck when Molly reappears 10 years later, on the arm of her boyfriend, Dexter Kilkenny, a documentary filmmaker. Dex, who secretly loathes Mal Osbourne, has come to Palladio to try to persuade Mal to let him make a film about the agency. Things spin out of control for John when Mal falls for self-destructive Molly, who has become " the kind of woman a certain kind of man will want to wreck himself against." Dee has obviously learned some tricks from Updike, which he puts to good use as a painter of Molly's hometown. An astute observer of contemporary society, he is strikingly perceptive about the secret lives of teenagers, the alienation of the American family, advertising culture and the inescapable moral ambiguities of modern life. Though his message is bleak, his measured, textured prose sustains tension, and the depth and unflinching honesty of his characterizations grant the narrative integrity and strong emotional power.