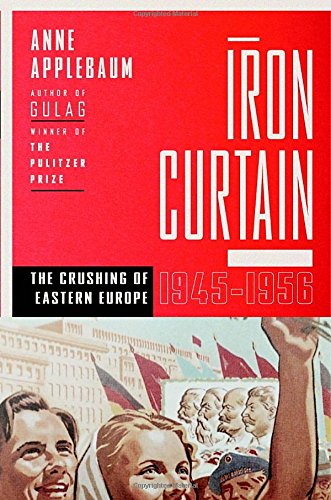 According to this disturbing but fascinating history, the U.S.S.R.’s 1944–1950 subjugation of Eastern Europe was a brutal process. With other priorities in the forefront at Yalta and other wartime Allied summits, FDR gave Soviet occupation of Eastern Europe short shrift, according to Pulitzer Prize–winning author Applebaum (Gulag). In this account of the Soviet takeover of Eastern Europe during and after WWII, Applebaum concentrates on events in Poland, Hungary, and what became East Germany, all of which unroll with depressing sameness. The Soviet army arrived in 1944–1945 with enormous destruction. There followed an orgy of arrests, trials, executions, and deportation of “fascists,” a broad category that included noncommunist anti-Nazi resistance groups. Expulsions of ethnic Germans was also carried out on a mass scale. Faithful Marxists, the Soviet leaders knew that the masses would prefer communism, so they initially allowed political parties, churches, newspapers, and even elections, assuming the people would naturally vote for a proletarian state. When that didn’t happen, democracy was quickly shut down. Applebaum delivers a gripping if unremittingly painful account of the period during which Communists, astonished at losing every election, steadily suppressed civil society, whereupon darkness descended for 40 years. With precision in her narration and penetrating analysis, Applebaum has written another masterful account of the brutality of Soviet rule. Illus., maps. Agent: Georges Borchardt, Georges Borchardt Inc. (Nov.)
close
Details