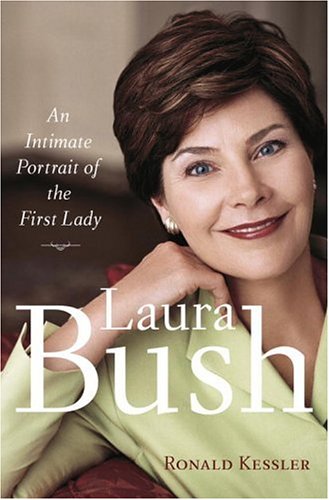 Laura Bush: An Intimate Portrait of the First Lady

After examining George W. Bush's White House in 2004's , Kessler turns his attention to Laura Bush. He's the first author to secure her cooperation for a book project, and he speaks not only with her but with several of her close friends. The resulting portrait is unsurprisingly flattering; "as first lady," Kessler writes, Laura "is in a class by herself." In placing her on a pedestal, however, Kessler engages in a string of unsubtle jabs at her predecessor, assigning Hillary Clinton a range of faults from meanness to poor interior decorating skills. He also smoothes out some rough edges; Laura's widely quoted response to her future mother-in-law's query about what she did ("I read, I smoke and I admire") gets abridged to "I read." Kessler stays away from controversial issues, although he does reveal Laura's input into executive appointments and in areas such as increased funding for the arts. Best viewed as a sympathetic rebuttal to Ann Gerhart's critical , this inoffensive biography examines Laura Bush without ever quite explaining her.