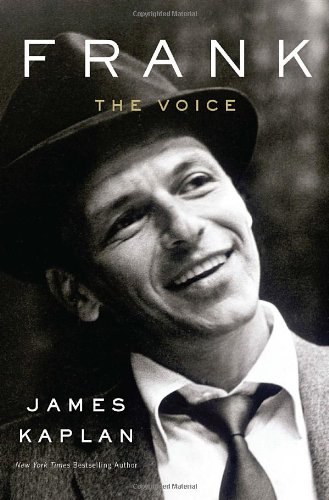 In this riveting and fast-paced biography, Kaplan, coauthor with Jerry Lewis of Dean and Me, chronicles Sinatra's somewhat unlikely meteoric ascent to success, his failures, and his rebirth as a star of song and screen. With exhaustive, and sometimes exhausting, detail, Kaplan engagingly re-creates the young Sinatra's childhood in Hoboken, N.J., where young Frank was born, in 1915. By the time he was 12, Sinatra was singing for quarters on top of the piano in the bar in his father's tavern. At 21, Frankie joined a group that became known as the Hoboken Four, and everyone soon recognized Sinatra's great vocal gift. Kaplan expertly conducts us on a journey through Sinatra's early years with Tommy Dorsey and his long solo career; Sinatra's first marriage to Nancy Barbato and his more famous marriage to Ava Gardner; and through Sinatra's movie career and his rebirth in the early 1950s. Although Sinatra's career often faltered in the late 1940s, his partnership with Nelson Riddle and the release of the song "Young at Heart" in 1953 began Sinatra's comeback. Kaplan's enthralling tale of an American icon serves as an introduction of "old blue eyes" to a new generation of listeners while winning the hearts of Sinatra's diehard fans. (Nov.)
close
Details