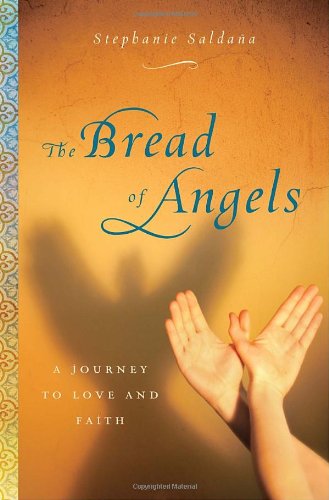 The Bread of Angels: A Memoir of Love and Faith in Damascus

With a family history of untimely death and madness, Saldana easily took to a career of danger journalism, reporting from risky locales. In a deliberate attempt to stop courting danger, Saldana attempted a normal life at Harvard Divinity School. When the love affair that had provided her a sense of normalcy ended, she opted to take the Fulbright scholarship she had won to study the Muslim Jesus in Damascus, arriving in Syria in 2004 amid the post-9/11 war in Iraq. The tension of American foreign policy and Saldana’s own vivid memories of death and destruction witnessed during her reporting life earlier in the Middle East haunted her, particularly when she embarked upon the Catholic rite of spiritual exercises at the Syrian desert monastery of Mar Musa. In lovely prose and with elements of foreshadowing, Saldana shares her struggles to become religious again and overcome feelings that God has abandoned her. Touches of melodrama weigh down an otherwise gorgeous and enlightening read, as Saldana’s scholarly knowledge of Christianity, Islam, and Judaism subtly infuse her story. An for the intellectual set, Saldana’s beautiful memoir should not be missed.