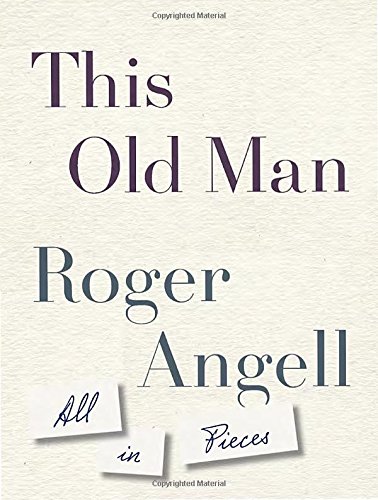 This Old Man: All in Pieces

The latest collection of writings from New Yorker fiction editor Angell is anchored by his much-lauded rumination on aging, “This Old Man.” At 94, Angell is a witness to history but hardly a relic of the past. He always seems to know when to drop a reference to Harry Potter or David “Big Papi” Ortiz. The book is filled with many of Angell’s timeless subjects: baseball; aging; his stepfather, E.B. White; and life inside the publication that has dominated his life. Just as he is adept at changing subjects, so is he at changing forms, including a little bit of everything in this collection—he calls the resulting mixture a dog’s breakfast. Angell is equally at ease writing annual Christmas poems, witty internal memos, letters, haiku, speeches, literary essays, and “casuals.” His tribute to John Updike, with whom he worked for decades, is a touching portrait of the man as both friend and literary legend. Having written for the New Yorker since 1944, during the tenure of its founder, Harold Ross, Angell can write about it with a true sense of the magazine’s history. There is a reason why nostalgia feels so comforting—and Angell represents the best sort of writing about the remembrance of things past. Agent: Amanda Urban, ICM. (Nov.)
close
Details