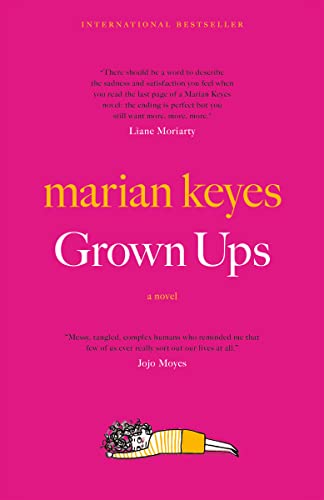 Keyes’s comical and engaging outing (after The Break) dissects the breaking point of the Caseys, a close-knit extended family in present-day Ireland. After Cara hits her head at her brother-in-law Johnny’s 49th birthday party, she blurts out various secrets that have been plaguing her family, causing a chain reaction to ripple through the guests. Socially conscious, artistic sister-in-law Nell realizes she and Liam—Johnny’s immature and shady youngest brother—didn’t really know each other before getting hitched. Nell’s mutually drawn to her dynamic nephew, Ferdia, Johnny’s 22-year-old stepson. Johnny is handsome and charming but insecure. He’s married to Jessie, a successful businesswoman with imposter syndrome, and he betrays Jessie’s trust by surreptitiously meeting with an old lover with whom he and Jessie used to be close. In the months before the party, Cara struggled with bulimia, and her husband, Ed, the middle brother, threatened to leave Cara if she didn’t seek treatment, and Cara, a hotel receptionist, regrets agreeing to look at Jessie’s finances, which leave her privy to Jessie’s chronic overspending and Johnny’s secret. Keyes not only manages to keep this potentially unwieldy cast under control, she delivers a character-based plot that’s emotionally honest and resolves in ways that feel authentic. There’s a lot going on here, and it all pays off with dividends. (June)
close
Details