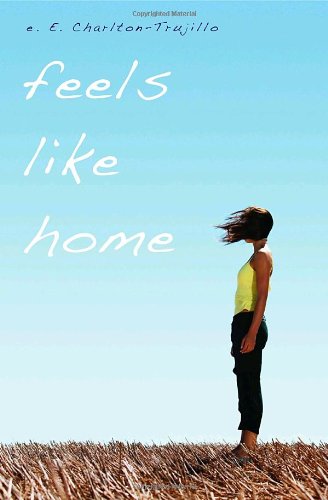 or fans of S.E. Hinton's , here's a story that is as cinematic as the book it emulates. Full of grit and poetry for the rebel with a romantic heart, Charlton-Trujillo's throwback novel packs an emotional punch to the gut without overdoing it. The book opens in Three Rivers, Tex., population 4,043, as Michelle (Mickey) Owens witnesses her alcoholic father's funeral. Michelle's father was abusive, which led her mother to abandon them and her golden boy-turned-bad older brother, Danny, who ran off when Mickey was 13, after the accident that killed his best friend Roland. Now Danny has returned to pick up the pieces after six years, and the embittered Mickey, who has been marked an outcast by association, must decide if she's able to forgive him for leaving and come to terms with what happened to Roland. Mickey's internal battles feel honest, and it's easy to empathize with the litany of emotions she trudges through, though outwardly she acts headstrong and sullen. Charlton-Trujillo has created a roster of multidimensional characters; readers will hold their breath with each interactions—especially the romantic scenes between Mickey and her crush, Ricky, and her banter with her Latina best friend, Christina. Even if teens are unable to relate to the specifics of Mickey's situation, they will surely be taken by the story's winning mix of tragedy, romance and chemistry. Ages 12-up.