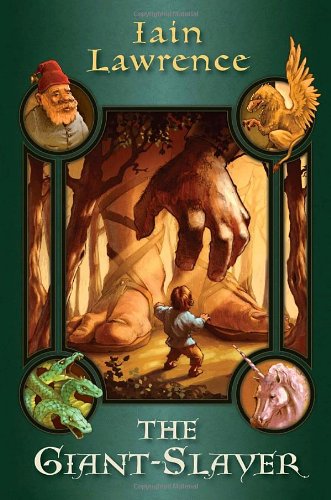 This memorable novel, a skillful combination of real life and fantasy, is by turns uplifting and saddening. Set in 1955 against the backdrop of the polio epidemic in the period just before Jonas Salk's vaccine, the story follows three “polios”—Dickie, Carolyn, and Chip—as their once-lithe bodies deteriorate in iron lungs in a polio ward. A bright spot comes when 11-year-old Laurie Valentine, a gifted storyteller and Dickie's best friend, regales them with tales of a boy's quest to slay a marauding giant with the help of a majestic unicorn hunter, an oxen driver, and Jessamine, the Swamp Witch. As Laurie concocts each installment, Dickie, Carolyn, Chip, and other kids from the ward begin to recognize themselves in the parable's heroic characters—their first glimmer of hope (and distraction from their illness) in years. Grave illnesses such as polio are a difficult topic, and Lawrence's (the Curse of the Jolly Stone trilogy) delicate intermingling of fantasy and reality brings poignancy to the material. Distinctive, emotionally honest characters and consistently engrossing prose make this book a standout. Ages 8–12.