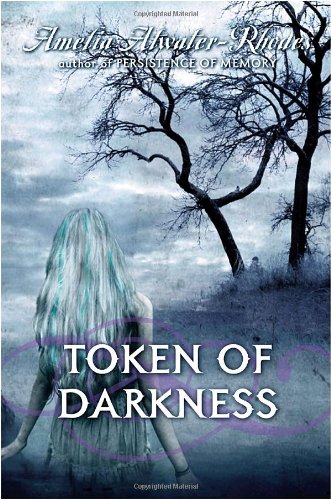 Cooper Blake's car crash left him emotionally and physically damaged—and able to see a brightly clothed teenage ghost named Samantha, who has no memory of her life when she was alive. But as high school senior Cooper begins trying to “find a way to bring her peace,” he soon discovers other young people with unusual abilities, including Brent, a sensitive mind reader, and Delilah, a cheerleader casting reckless spells (the narrative shifts among the three teenagers). But Cooper is unsure who to trust—even friendly Samantha may be “something else, something bad.” Some of the plot particulars seem forced, especially surrounding the book's ending, which feels rather convenient. But Atwater-Rhodes ( ) certainly understands how to create a mood: her story offers extreme weather, flashbacks to Cooper's mysterious and tragic car accident, and creepy, shadowy “scavengers” that feed “upon the power put out by emotions like pain and fear.” Readers may not understand exactly how all the magic works in this fast-paced supernatural thriller, but there are enough plot developments to keep them engaged. Ages 12–up.