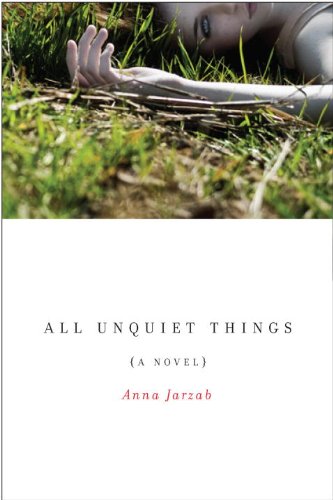 Jarzab’s strong debut tracks teenage Neily and Audrey’s investigation of the murder of 16-year-old Carly—Audrey’s cousin and Neily’s ex—in an affluent San Francisco suburb one year after Audrey’s father is convicted of the crime. Neily is a bright, cynical senior at Brighton Day School; bitter after being dumped by Carly, he didn’t return her calls on the night of her death and still blames himself. Audrey, who has returned to Brighton after “a self-imposed exile,” badgers Neily into helping clear her father’s name (“I can tell that behind that weak Holden Caulfield affectation is a spongy, leaking heart desperate for some sort of closure”). The story shifts between Neily and Audrey’s points of view, but only a few times, letting readers sink into each character’s mindset—painful, unhealed wounds are evident underneath both Neily’s clinical, sarcastic exterior and Audrey’s more open, confident manner. It’s a slow-building, slow-burning mystery—Jarzab is as interested in probing Neily and Audrey’s emotional states and the ramifications of Carly’s murder as she is in solving it—but the author’s confident, literary prose makes for a tense and immersive thriller. Ages 14–up.