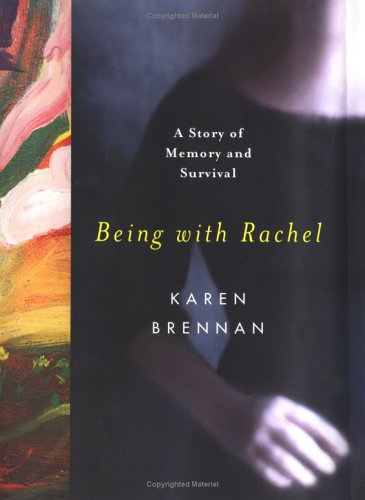 BEING WITH RACHEL: A Story of Memory and Survival

Brennan was vacationing in Mexico when she received word that her 24-year-old daughter, Rachel, had been severely injured in a motorcycle accident and was in a deep coma. Brennan rushed to her daughter's bedside at Denver General Hospital. The prognosis was poor, but Brennan's faith was steadfast through the months of the coma and the agonizingly slow discovery of the extent of Rachel's brain injuries. Brennan's devotion to her daughter was instrumental in her improvement; she stayed with Rachel in the hospital night and day, lying next to her, talking to her and monitoring her medical care and physical therapy. She also read widely about brain injury, learning about the personality changes, language problems and severe memory deficits that often ensue. Anxious to resume her life as an English professor at the University of Utah, Brennan moved back to Salt Lake City with Rachel. As Rachel began intensive therapy, her most troubling problem was losing her short-term memory. Although she was able to move about on a motorized wheelchair, she would often get lost, having forgotten where she lived. To alleviate the strain of being Rachel's sole caretaker, Brennan moved with Rachel to Tucson, where they had lived years earlier and Rachel was familiar with the terrain. They visited friends in Mexico, where Rachel seemed most comfortable, exploring her talent as an artist and living independently. Brennan, who teaches creative writing, provides readers with a compelling narrative, conveying without bathos how she and her daughter met the challenges that resulted from Rachel's terrible accident.