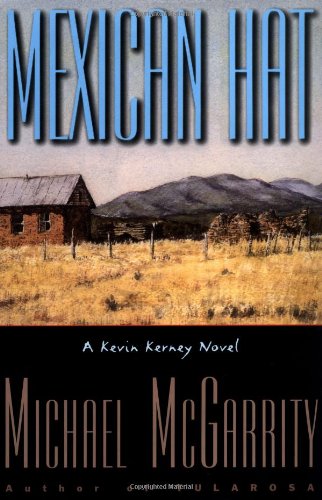 McGarrity delivers on the promise of his accomplished debut in Tularosa (1996) with his second Kevin Kerney novel. A large cast of tough, believable characters brings life to a complex, action-filled plot that combines animal poaching, smuggling and the activities of present-day anti-environmentalists in the West with cattle theft and land-grabbing during the Depression. Kevin is working temporarily for the Forest Service in western New Mexico's Gila Wilderness. While tracing a missing tagged cougar with Fish and Game Department officer Jim Stiles, Kevin discovers a dying elderly Mexican tourist, Jose Padilla, and Jose's murdered grandson, Hector. The sheriff and Assistant DA Karen Cox ask Kevin to investigate. The physical attraction between Kevin and Karen is cooled by their discovery of an old relationship between the Padillas and Karen's father, Edgar, and his twin, her uncle Eugene, who have been feuding for 60 years. The plot intensifies: Jim is ambushed, Kevin's trailer is bombed, they jeopardize an FBI undercover operation while seeking an elusive wildlife smuggler. Luck and good police work, however, lead them to the links among the murders, missing animals and the Coxes. Although McGarrity sets up some eyebrow-raising coincidences (as a teenager, Kevin beat Karen's cousin in a rodeo competition), he ingeniously orchestrates character, place, action, history and relationships into another outstanding novel. Author tour. (May)
close
Details