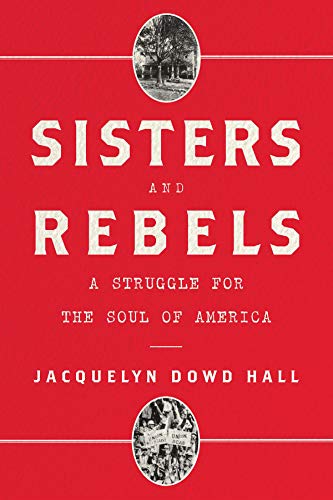 Sisters and Rebels: A Struggle for the Soul of America

In this excellent triple biography, Hall (Like a Family) follows Elizabeth, Grace, and Katherine Lumpkin, whose lives and work touched many elements of 20th-century social history. They were born in late-19th-century Georgia, daughters of a Klansman who raised them to be persuasive orators at Confederate veterans’ reunions. Elizabeth (1888–1963) stayed true to the Lost Cause, even having a Confederate-themed wedding. Her progressive younger sisters, however, rebelled. Grace (1891–1980) and Katharine (1897–1988), influenced by liberal Christian denominations and women’s colleges, moved north and wrote in favor of equality for women and black people. Katharine earned a PhD in social work; in middle age, she wrote a landmark autobiography, The Making of a Southerner, and worked as a teacher and a journalist, often under FBI surveillance for her leftist leanings. Grace was a labor journalist and wrote fiction, but after her proletarian novel, To Make My Bread, was published in 1932, she slipped into poverty, ending up conservative, bitter, and begging back in the South. Hall alternates among the sisters’ stories, concentrating on Katharine and Grace and connecting them to broader elements of 20th-century America (including the Scottsboro Boys, mill strikes, Communism, world wars, Brown v. Board of Education, the FBI, the YWCA, and the ACLU). These admirably crafted biographies of the Lumpkins, their cohorts, and their causes opens a fascinating window on America’s social and intellectual history. Photos. (May)
close
Details