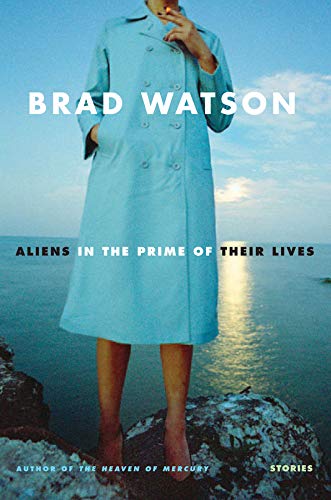 Aliens in the Prime of Their Lives

Family members who act like strangers, and characters who eat dirt, undergo strange transformations, and find themselves drawn mysteriously to bodies of water form the heart of Watson's accomplished collection, but the latest from the author of is much more than the sum of its strange moments. In “Vacuum,” three boys who are afraid their mother will leave them begin playing with razor blades and jumping off the carport roof. In “Carl's Outside,” neglectful parents belatedly realize their son has disappeared. In one of the most eerie pieces, “Water Dog Good,” a man takes in his ethereal 16-year-old niece, who has been sexually assaulted by her father and brothers. In the title story, a teenager and his pregnant girlfriend's lives unspool after an encounter with a mysterious couple who may or may not be aliens. Watson is a master at hairpin plot turns, and his characters come alive on the page with minimal backstory; readers get deep into their heads and hearts, even when the weirdness surrounding them feels like something out of a David Lynch movie.