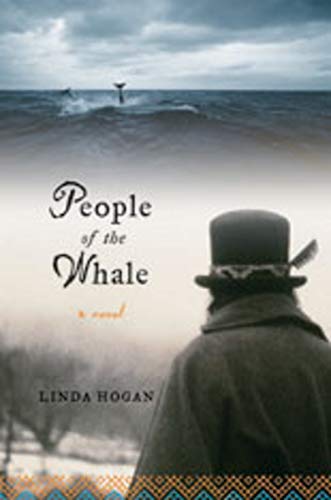 People of the Whale

In telling a story of the fictional A'atsika, a Native people of the American West Coast who find their mythical origins in the whale and the octopus, Hogan ( ) employs just the right touch of spiritualism in this engrossing tale. When Thomas Witka Just succumbs to peer pressure and joins the army, then is sent to Vietnam, Ruth Small is pregnant with his child. In an attempt to prevent an atrocity, Thomas kills fellow soldiers and deserts, ultimately blending into the Vietnamese culture and fathering a child, Lin, by Ma, a village girl. In the meantime, Ruth gives birth to their son, Marco Polo, who is said to have the same mystical whaling powers of Thomas's grandfather. Years later, following Thomas's return, Dwight, a ne'er-do-well friend of Thomas's, arranges for the tribe to kill a whale and to sell the meat to the Japanese, a plan that will draw in Marco Polo and set up a confrontation between the whole ensemble. Despite the plot's multiple strands, the story flows smoothly, and Hogan comes up with a powerful, romantic crescendo.