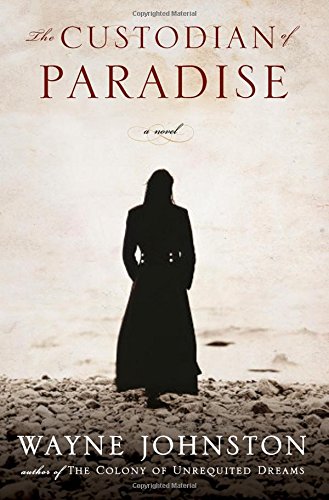 The Custodian of Paradise

Sheilagh Fielding—a striking, unconventional, six-foot-three Newfoundland woman with a limp—returns from prolific Johnston's for this highly atmospheric sequel. Near the end of WWII, Fielding (as she is known), a notorious St. John's columnist, holes up on the nearby deserted island of Loreburn after her mother dies and leaves her a small inheritance. There, Fielding senses the presence of her mysterious "Provider," who has shadowed her all her life and whom she has never met face-to-face. As Fielding tells her story—abandoned by her mother at six; raised by a father who insinuates she's not his—Fielding's Provider draws closer to her solitary retreat. But Fielding has long kept another secret: she gave birth to twins at the age of 15, who were raised as her half-siblings by her mother in New York City. Johnston's descriptive prose can be exhilarating, from the windswept island to a dingy Manhattan, and he has a sure hand with historical nuggets. There's little tension over the 500-plus pages, and the denouement (her father's identity; her children's fate) is overblown. But Fielding is a fascinating character: she courts her own estrangement as much as she is tormented by it.