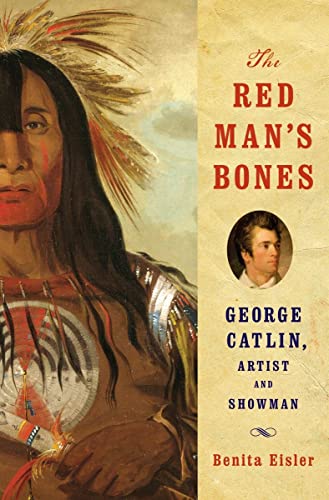 Eisler (Chopin’s Funeral), the noted biographer of George Sand, Lord Byron, and others, delivers an engrossing account of George Catlin (1796–1872), the self-taught American artist, explorer, and amateur ethnologist who painted images of more than 30 tribes of the northern plains. After a sluggish career as a portrait painter of miniatures in Philadelphia, Catlin set off for St. Louis and the northern plains above Missouri, where he was the first artist to live among the Native Americans, sharing meals, games, ceremonies, and bison hunting expeditions with his subjects. Eisler vividly recreates Catlin’s years among the Indians and focuses on his ambiguous feelings toward them. After spending much of the 1830s in Indian country, from Pensacola, Fla. to the pipestone quarry in Minnesota, Catlin began a traveling show of his paintings and Indian artifacts. But during his long stay in Europe, he incorporated live Indians into his show, becoming an exploiter rather than an advocate. As Eisler shows, tragedy and money woes dogged Catlin, to the point where he spent a stint in an English debtor’s prison. An elegant and skillful writer, Eisler captures Catlin’s many roles, and notes how even today, he remains a “contentious figure.” Illus. Agent: Gloria Loomis, Watkins / Loomis Agency. (July)
close
Details