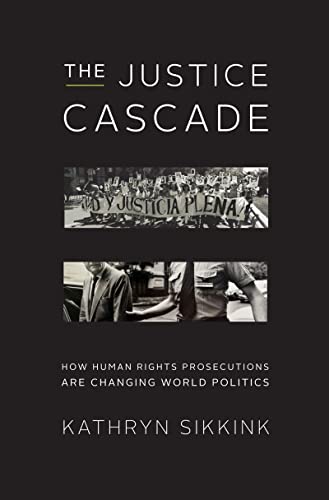 In this dense, meticulously researched academic study, Sikkink, a political science professor at the University of Minnesota, presents compelling evidence that the rise of human rights prosecutions deters state violence in other parts of the world. Defining the "justice cascade" as a dramatic trend in world politics that holds individual officials, including heads of state, "criminally accountable for human rights violations," Sikkink traces the idea's origins in the Nuremberg Tribunals after WWII, its re-emergence in the 1970s during the domestic trials in Greece and Portugal, and the high profile prosecutions in Argentina in 1985 that eventually inspired a wave of trials in Bolivia, Haiti, Guatemala, Chile, and Uruguay. Noting that certain conditions had to be in place for human rights prosecutions to take hold and spread—the world's revulsion of the genocide in the Balkans and Rwanda, the formation of the International Criminal Court—she examines the effects of these trials on democracy, conflict, and repression. Focusing on Latin America, which has had more prosecutions than any other region, she also examines the implications human rights trials have for more powerful countries like the U.S., where she zeroes in on our questionable human rights practices during the "war on terror." Though Sikkink offers insightful observations based on solid empirical data, this often dryly written, scholarly analysis, which includes detailed explanations of her research methods and comparisons to other studies, may not always engage a general audience. (Oct.)
close
Details