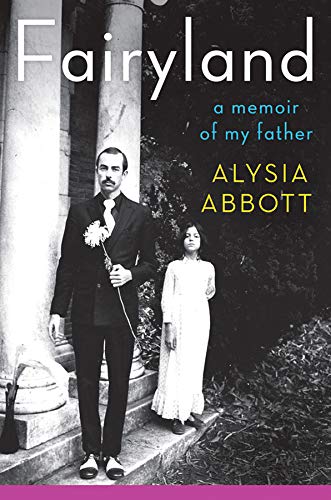 Fairyland: A Memoir of My Father

In her memoir of growing in San Francisco during the 1970's and '80s, Abbott, the only child of poet, editor, and activist Steve Abbott, ruminates on a pivotal slice of American social and cultural history, drawing on her father's poems, journals, and letters to relate her painful personal history. At two-years-old, Abbott's mother died, sparking Steve's homosexual awakening. Relocating from Atlanta to the West Coast soon after, the two formed a tenacious bond: "a traveling father-daughter act pulling schemes, subsisting on our charm, and always sticking together." But by her teenage years, the bohe-mian fantasy they shared and his efforts to beat depression and drug addiction wore thin and she moved away, first emotionally and then physically, to attend college in New York City and study in Paris. When Steve was diagnosed with AIDS and asked her to come home, Abbott openly rebeled against the responsibility. Colored with quirky, picturesque details of Bay Area counter culture, in-cluding its famous cafes, personalities, and periodicals, Abbott's narrative balances idiosyncratic flourishes with universal emotions of anger, resentment, jealousy, and guilt. Decades after the fact, it is clear she continues to struggle with her failures as daughter and caregiver. Yet, her fragile resolution is more honest than a tidy, suggesting that the most "outlandish" parts of our stories%E2%80%94our own inade-quacies%E2%80%94prove difficult to fully accept. (June)
close
Details