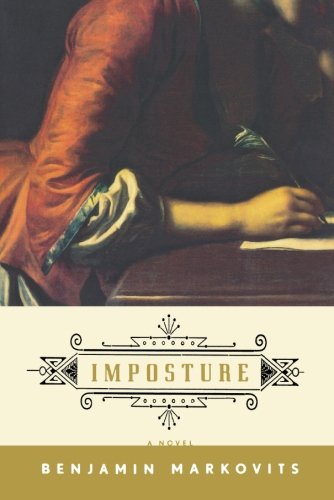 Markovits's latest (after 2005's ) is a masterful chronicle of a doomed 19th-century romance that begins in deception and ends in tragedy. Bookish Eliza Esmond, having forever lived in the shadow of her prettier sister, has a chance encounter with famed writer and legendary lover Lord Byron outside a London bookstore and is thrilled when their brief conversation turns, over time, into his pursuit of her. Unfortunately for Eliza, her Byron isn't the real Byron; he's John "Polly" Polidori, a bumbling doctor with literary aspirations who had worked as Lord Byron's personal physician. Even after Byron severed their relationship, Polly remained obsessed with the poet and went to absurd lengths—offering up his sister, for one—to keep Byron in his life. Polly maintains the charade, and his anonymously published and wildly popular story is believed by everyone—including Eliza—to be Byron's work. Markovitz is a remarkably economic writer who neatly conveys his characters' inner whirlwinds: "It was, for Polidori, a little like discovering, after an orphaned childhood, that your father had been a king, that you were a king, now, too." A powerful climax underscores the misery and longing at the core of this impressive novel.