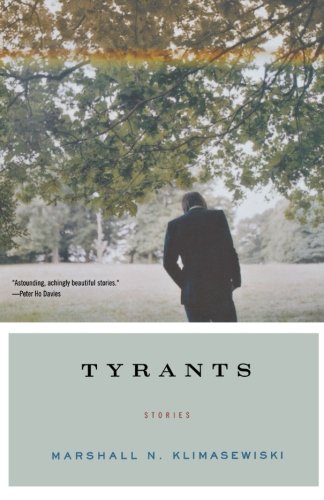 Tyrannies large and small dominate Klimasewiski's powerful stories, from the real-life dictators who feature in two stories (the title story and opener “Nobile's Airship”) to domestic wars fought over kitchen tables and via long-distance phone calls. Three stories depict with a cold precision the bitterness, bottled rage and emotional aloofness that flow through three generations of WASPs after a family tragedy: Henry, a working-class college dropout, is charmed by the iciness of the blue-blooded parents of his girlfriend (and, later, wife) Angela, each parent differently affected by the long-ago drowning of their sons. Henry and Angela's marriage has its share of similarities to her parents', and their son grows up to be more like his father than either of them would have liked. Another series of three stories follows a young couple: Tanner, who's American and Jun Hee, who's Korean, as they build a “comfortable isolation” from the weight of family expectations and the pain of separation, only to find their isolation more costly than they had expected. The collection is bookended by two strange stories of early aeronauts: one, the captain of a dirigible on an Arctic mission for Mussolini, the other, an early ballooning pioneer. Klimasewiski ( ) has talent to spare; every story is good.