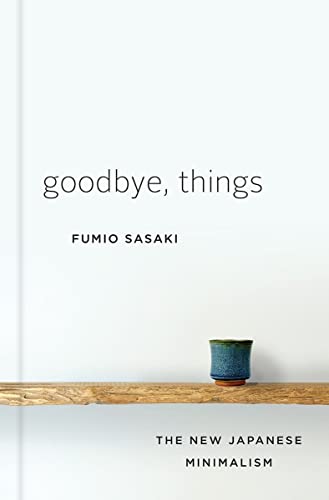 Sasaki, co-editor-in-chief at Wani Books, a manga publisher in Tokyo, delivers insights on the benefits of a private refuge in his compulsively readable primer on living with less. Using his 215-square-foot apartment as the prime example, he suggests that studio living with mere basics not only reduces overhead and improves one’s social life but makes housekeeping three times easier. builds his case for a minimalist lifestyle by looking inward and sharing personal details about the improvements he’s made in his life. The book is surprisingly intimate and often reads like a memoir posing as a self-help guide as the narrative moves between Sasaki’s search for happiness and practical ways to implement lifestyle changes (for example, he suggests thinking of possessions as roommates who don’t pay rent). He also credits the rise of the minimalist movement in Japan to information overload, the destruction of houses in the Great East Japan Earthquake of 2011, and the advancement of technology—particularly smartphones and cloud storage. In essence, Sasaki argues, the minimalist lifestyle liberates people by eliminating distractions and encouraging them to partake in the new sharing economy. By sharing his personal story, Sasaki makes his argument all the more appealing. Color photos. [em](Apr.) [/em]

This review has been corrected; a previous version incorrectly stated that the included photos are black and white, when in fact they are in color