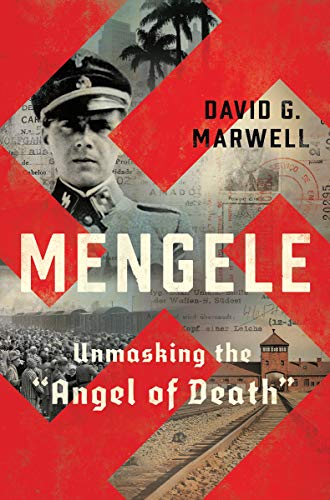 Mengele: Unmasking the “Angel of Death”

Historian Marwell, who contributed to the U.S. Justice Department’s joint efforts with Israel and Germany to find Nazi war criminal Josef Mengele after WWII, delivers a richly detailed yet ponderous biography of the infamous doctor. Noting that Mengele’s role in deciding the fates of new arrivals at the Auschwitz death camp, sadistic experiments on prisoners, and postwar odyssey through Argentina, Paraguay, and Brazil have made him an “often-invoked symbol of evil,” Marwell details the physician’s medical training in Munich, Bonn, and Frankfurt; his early involvement in national socialism; his combat experience as a member of the Waffen-SS Viking Division; and his assignment to Auschwitz as camp doctor. After the war, he escaped to South America through a “ratline” and lived, according to Marwell, as a well-heeled, unrepentant fugitive supported by family money. The author’s legalistic prose occasionally obscures the drama of his subject’s crimes and exile, but Israeli attempts to flush Mengele out of hiding in the 1960s and 1970s are grippingly related. Meanwhile, accounts of bureaucratic infighting between Brazilian authorities, U.S. investigators, Israeli intelligence agents, and West German police are alternately fascinating and dreary. Despite the anticlimactic ending (Mengele died in 1979, before he could be captured), this harrowing, revelatory account answers nearly every question history buffs will have about WWII’s “Angel of Death.” (Jan.)
close
Details