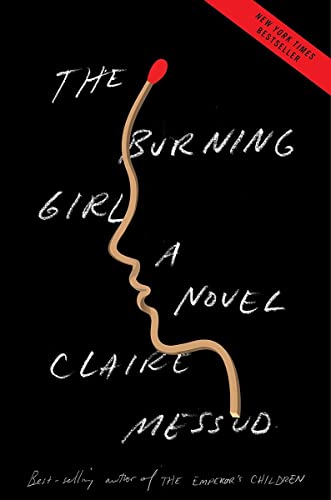 Trying to console her heartbroken daughter, Julia Robinson’s mother muses, “Everyone loses a best friend at some point.” Julia is the narrator of Messud’s beautiful novel about two young girls, inseparable since nursery school in a small Massachusetts town, who feel they’re “joined by an invisible thread,” but who drift apart as they come of age. For years, Julia and Cassie Burnes have shared adventures and dreams, but as they cross the pivotal threshold into seventh grade, Julia feels betrayed when Cassie is drawn to boys, alcohol, and drugs. To the reader, the split seems inevitable. Julia is the product of a stable household, but Cassie’s blowsy, unreliable mother transfers her affection to a brutally controlling lover who destroys Cassie’s sense of security. Desperately unhappy, Cassie sets out to find the father she has never known and begins a spiral of self-destruction that Julia, now no longer Cassie’s intimate friend, must hear about from the boy they both love. Messud shines a tender gaze on her protagonists and sustains an elegiac tone as she conveys the volatile emotions of adolescent behavior and the dawning of female vulnerability (“being a girl is about learning to be afraid”). Julia voices the novel’s leitmotif: that everyone’s life is essentially a mysterious story, distorted by myths. Although it reverberates with astute insights, in some ways this simple tale is less ambitious but more heartfelt than Messud’s previous work. The Emperor’s Children was a many-charactered, satiric study of Ivy League–educated, entitled young people making it in New York. The Woman Upstairs was a clever, audacious portrayal of an untrustworthy protagonist. Informed by the same sophisticated intelligence and elegant prose, but gaining new poignant depths, this novel is haunting and emotionally gripping. (Aug.)
close
Details