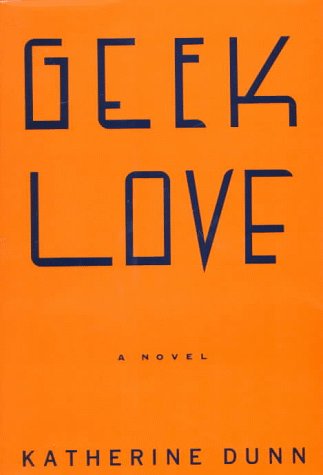 This audacious, mesmerizing novel should carry a warning: ``Reader Beware.'' Those entering the world of carnival freaks described by narrator Olympia Binewski, a bald, humpbacked albino dwarf, will find no escape from a story at once engrossing and repellent, funny and terrifying, unreal and true to human nature. Dunn's vivid, energetic prose, her soaring imagination and assured narrative skill fuse to produce an unforgettable tale. The premise is bizarre. Art and Lily, owners of Binewski's Fabulon, a traveling carnival, decide to breed their own freak show by creating genetically altered children through the use of experimental drugs. ``What greater gift could you offer your children than an inherent ability to earn a living just by being themselves?'' muses Lily. Eventually their family consists of Arty, aka Arturo the Aqua Boy, born with flippers instead of limbs, who performs swimming inside a tank and soon learns how to manipulate his audience; Electra and Iphigenia, Siamese twins and pianists; the narrator, Oly; and Fortunato, also called the Chick, who seems normal at birth, but whose telekinetic powers become apparent just as his brokenhearted parents are about to abandon him. More than anatomy has been altered. Arty is a monsterpower hungry, evil, malicious, consumed by ``dark, bitter meanness and . . . jagged rippling jealousy.'' Yet he has the capacity to inspire adoration, especially that of Oly, who is his willing slave, and who arranges to bear his child, Miranda, who appears ``norm,'' but has a tiny tail. A spellbinding orator, Arty uses his ability to establish a religious cult, in which he preaches redemption through the sacrifice of body partsdigits and limbs.``I want the losers who know they're losers. I want those who have a choice of tortures and pick me.'' This raw, shocking view of the human condition, a glimpse of the tormented people who live on the fringe, makes readers confront the dark, mad elements in every society. After a hiatus of almost two decades, the author of Attic and Truck has produced a novel that everyone will be talking about, a brilliant, suspenseful, heartbreaking tour de force. (Mar . )
close
Details