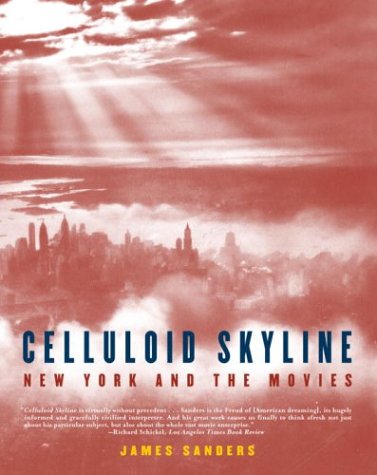 A practicing architect, co-scripter of Ric Burns's and coauthor of that PBS series's companion volume now takes on the many movies showing New York in both location scenes and Hollywood sets. Sanders posits a mythic cityscape within the movie world, and his lengthy book is an attempt to enter, chart and define that world. To bring "the movie city to life in words," Sanders devoted a decade to talking with veteran studio art directors and filmmakers, exploring studio lots, visiting specialized archives in L.A., New York and London, sifting through private collections, tracking rare movie stills and studying the construction drawings used to build sets. The book begins with visions of urban utopias, cities in literature and on canvas and 1890s "actualities" of New York street life, then moves on to Hollywood back lots, where transatlantic liners and the streets of New York were built as standing sets (he later addresses the problems of location filming). The illustrations include beautiful production drawings, demonstrating how studio talents designed dance floors, nightclub interiors, Art Deco apartments, polished penthouses and sprawling skylines. Art departments at RKO and other studios sketched everything from subway kiosks to grand hotels, and Sanders displays their superb drawings of the past and contemporary reality along with gleaming visions of the future. Fact-filled photo captions add to the entertaining and educational text, making this work a delight throughout. 330 photos, extensive notes, bibliography and 13-page filmography.