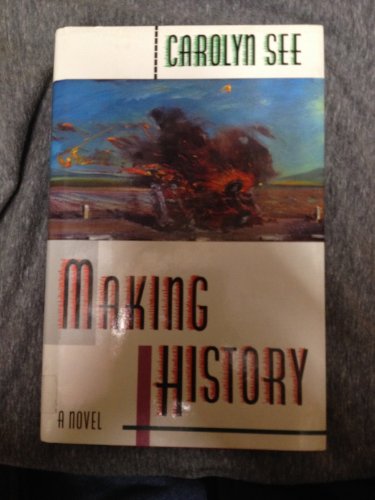 See's intelligent, stingingly funny, poignant novels of divorcees and their children coping with California life ( Mothers, Daughters ; Rhine Maidens ) are peerless. Her novel Golden Days goes one step further and imagines plucky Californians surviving in a ravaged world after a nuclear holocaust. Now she offers a novel that should make her name, an ironic, heartmelting view of the randomness of fate, in which she confronts the abyss that can suddenly yawn wide and devour the safety of comfortable and privileged lives. Set in the affluent community of Pacific Palisades, Calif., the narrative focuses on the appealing Bridges family: 40-ish financier Jerry, an intensely moral man driven to found an artificial community that will serve as a prototype of ``a better world,'' somewhere in the Pacific Rim; his wife, Wynn; their young children, Josh and Tina; and Wynn's teenage daughter from a first marriage, beautiful, life-embracing Whitney. In the course of an eventful year Jerry jets to Tokyo, Hawaii, Australia and New Guinea (settings that are superbly evoked) and learns that even well-planned dreams can go awry. At home, Whitney recuperates from terrible injuries sustained in a car crash. Just as she regains her health and the family some measure of stability, bizarre bad luck strikes again, in a denouement that will have readers gasping with empathy and pain. Meanwhile, there are scenes of larky humor (a liquor convention where Whitney and a friend merge clever salesmanship with a rousing good time); heart-stopping tension (a car breakdown on a bridge above a gorge); and wrenching horror (huge lizards devouring prey in Indonesia)--and See's forte, family relationships delineated with grace and sensitivity. Having narrowed her focus from the unthinkable on a cosmic scale to the personal apocalypse that can strike one family, See demonstrates a new complexity and maturity. Clear-eyed, brave and compassionate, the novel transcends the particulars of tragic fate to offer a soaring vision of the human spirit's capacity to survive. Author tour. (Sept . )
close
Details