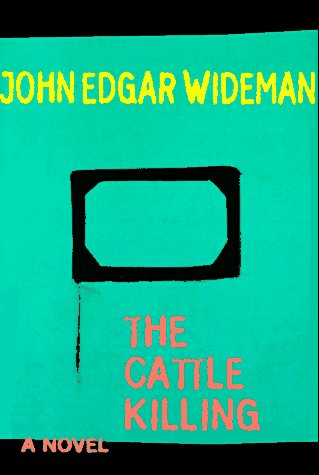 The voice of a contemporary novelist much like Wideman opens this haunting, powerful novel with stories about the city of Philadelphia as it was in his youth. Almost immediately, these memories give way to a tale of a plague-infested 18th-century city where most blacks were free, however precariously, but victimized by poverty and prejudice. White demagogues blame the blacks for the killing fever, irrationally accusing them of being carriers of the pestilence who are somehow immune to it, despite the decimation of the ""Africans"" and their efforts to attend the dying. In one of several evocations of historical figures, Wideman presents a brooding portrait of Bishop Richard Allen, founder of the A.M.E. church, besieged by bigots and by his own doubts. The main narrator of the tale, however, is a free, itinerant mulatto preacher, subject to visionary seizures, who travels to Philadelphia in 1793, driven by a vision (a ghostly black servant woman, a dead white child and their spectral reappearances). Also seared into his memory are the deaths of an extraordinary interracial couple and a small community of black worshippers, both murdered by white mobs under the compulsion of a racist ideology as dramatically false as its presentation is assured and absolute. Wideman attempts to grapple with the nature of truth, presenting stories and visions of a world driven to madness by warped prophecies, failed religious dogma, professional ignorance and class hypocrisy. In a piercing metaphor for the search for truth and what often passes for it, he uses the historical figures of British painter George Stubbs and American physician Benjamin Thrush to depict the absurd medical practices of the 18th century's learned men and the comically earnest rational enlightenment of their opposites--medical amateurs trafficking in illegal corpses. At the heart of the book is the allegorical tale of the South African Xhosa people, dispossessed by white colonists, who receive a false prophecy that they must kill their precious cattle in order to magically drive the whites from their land. The misguided embrace of a prophetic lie is linked with other misshapen ""truths"" invoked throughout the narrative. Wideman's method here is at least as interesting as the story he tells. Sinuously winding and elliptical, brimming with mysteries and shadowy secrets, the narrative demands close attention of the reader, since the point of view segues from speaker to speaker, and time and place are deliberately left vague. His prose has never been so pure and clear, however, or so fiercely poetic. This is in essence a complex and humane riddle, an anti-prophecy that calls religious faith itself into question while invoking the tragic consequences of our racial history: the imposing spiritual presence of the uncountable souls of the dead that litter the triangle linking Europe, Africa and the New World. 30,000 first printing; author tour. (Oct.)
close
Details