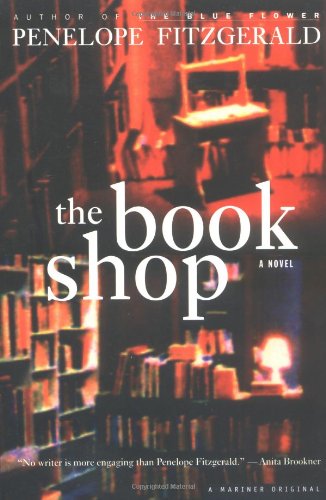 Long unfamiliar to American readers, Fitzgerald began, last April, to get the attention she deserves when Mariner brought out her 1995 novel, The Blue Flower. This reprint of her 1978 novel, which was shortlisted for the Booker Prize (she won it the next year with Offshore), should enjoy a similar success. Its premise is straightforward: in 1959, Florence Green--""small, wispy and wiry, somewhat insignificant from the front view, and totally so from the back""--decides to use the small legacy left by her late husband to buy the Old House and start a bookshop in the tiny Suffolk town of Hardborough-by-the-Sea. One would think the inhabitants would be grateful--as they've been without a bookstore since the day, more than 100 years ago, when ""a bookseller in the High Street... knocked down one of the customers with a folio when he grew too quarrelsome."" But aside from a reclusive gentleman and a few schoolchildren, Green has no allies. Her purchase of the Old House has scotched a conniving local grande dame's vision of an ""arts centre,"" and Green's few small successes (most notably with Lolita) provoke the animus of fellow merchants. Fitzgerald is mordantly funny, especially when exposing the foibles of the town's extremely petty population, but this is by no means a jolly tale of English eccentrics. Hardborough is more like the Newfoundland of Annie Proulx and Howard Norman than, say, the Sussex of E.F. Benson, and this delightfully chill, damp, gothic little chronicle brings brilliantly to life parochial politics, the anxieties of starting anew at middle-age, the bleakness of a deteriorating fishing town on the North Sea and, of course, the exigencies of running a bookstore. (Sept.)
close
Details