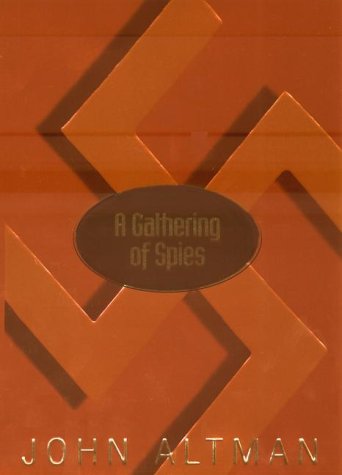 A Gathering of Spies

This atmospheric debut thriller smells deliciously of Hitchcock and 1940s British spy films. Beautiful Catherine Danielson Carter is really Katarina Heinrich, a Nazi spy who has gone deep undercover, found work as a housekeeper in Princeton, N.J., and married her employer. As the wife of aging nuclear scientist Richard Carter, Katarina is able to get work at a federal shipbuilding plant. Her instincts are aroused when her husband is invited to work on the Manhattan Project in Los Alamos, N.M. Taking advantage of her situation, Katarina finds a letter from Albert Einstein that details the plans for the A-bomb. Galvanized into action, she murders her way to several new identities in her quest to get her information to London, where her former lover and fellow agent, Fritz Meissner, is stationed. Fritz has ostensibly been recruited by the British as a double agent working for Operation Double Cross, feeding misinformation to the Germans. The Americans discover Katarina's true identity and trail her to England, where they warn Andrew Taylor, head of MI5. He, in turn, recruits brilliant Prof. Harry Winterbotham to expose Fritz and aid in the search for Katarina. Winterbotham agrees to help, while hatching a secret plan to rescue his Jewish wife, who is trapped in Poland. In painting a perfect WWII British setting complete with quirky characters reeking of mutton and pipe tobacco, Altman belies his U.S. origins. But throw in Admiral Canaris's plot to assassinate Hitler, a double- or triple-cross in every chapter, covert Nazi submarines, a lighthouse and a plethora of bodies, and you get an irresistible page-turner from a welcome new voice in the genre. 75,000 first printing; $100,000 ad/promo; foreign rights sold in Italy and the Netherlands. (July)
close
Details