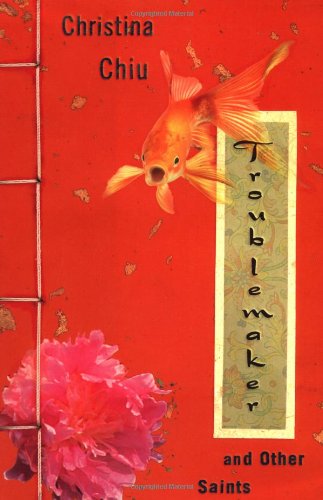 TROUBLEMAKER AND OTHER SAINTS

Tragedy and epiphany strike with equal force in this collection of 11 related short stories featuring the Chinese-American members of an extended network of family, friends, lovers and neighbors combating their private and public shames and struggling to find a place to call home. In "Troublemaker," Eric Tsui, a teenager growing up in a squalid corner of New York's Chinatown, suffers physical abuse at the hands of his brother and rediscovers both his national identity and his humanity when he's forced to reconcile with an elderly neighbor he injured in a prank. Eric's abusive brother, Jonathan, resurfaces in two other stories: "Trader," in which his engagement falls apart when his fiancée is overwhelmed by his uncontrollable anger and feelings of inferiority at being Asian, and "Gentleman," in which he participates in a dramatic one-night stand in Hong Kong on the night of the handover. After years of racial slurs, his Hong Kong lover, Amy, an "Asian beauty," turns the Asian sexual fetish on its head, trying to regain her sense of self-worth through encounters with men she meets through the personals; in "Beauty," she brings white men to their knees, but her thoughts drift to the only Chinese lover she's had, Jonathan. The list of issues confronted in the stories is grim—domestic violence, suicide, crime, sexual abuse, anorexia, racism—and yet Chiu somehow manages to avoid cynicism or despair. Torn between the Asian inclination to save face and the American penchant for sharing troubles and emotions, her characters are tenderly and skillfully drawn, and, as the title suggests, most ultimately find redemption. In sharp, witty, heartbreaking prose, Chui communicates the Asian-American experience as adeptly and freshly as Sherman Alexie describes the Native American experience, or Junot Díaz defines Latino life in the U.S.