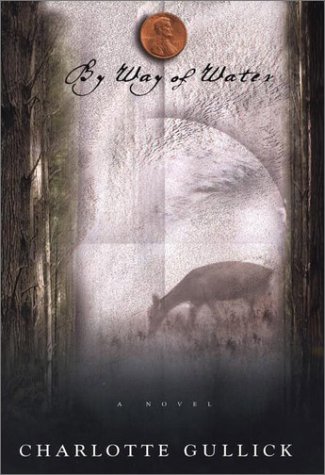 BY WAY OF WATER

Gullick's debut novel is a lovingly rendered story of a family and a community surrendering angrily to changing times. Set in 1977 in Northern California's redwood country, the novel follows the Colbys through the eyes of its youngest and most vulnerable member, Justy. As the novel opens, seven-year-old Justy and her family haven't eaten for a week, and the electricity has been shut off. They're broke because Justy's father, Jake, fells trees for a living, but in winter he has no work. He won't accept welfare or charity, and his wife, Dale, a Jehovah's Witness, believes Jake shouldn't provide food for his family by killing a deer, because hunting is illegal. On the same day that Dale breaks her vow and lets her husband shoot a doe, Justy gives up speech so that she might "attend' to her parents more closely. Child protagonists can be winning, but only if handled with considerable skill. Involved as she is in her parents' minds, Justy fails to be convincing, often having thoughts appropriate to an older, more experienced person. Gullick, who is also a poet, often chooses the symbolic over the likely action. Her characters swim or lie on the earth or dream of water when they might do something more practical and believable. There's a lot of mist in Gullick's timber country, and it attenuates the drama. Still, few authors have paid attention to characters descended from Steinbeck's and Norris's, and its refreshing to see a novel that does justice to this forgotten pocket of the country.