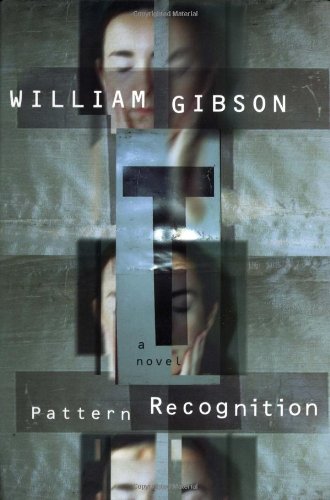 Gibson, known as the "patron saint of cyberpunk lit," has made his reputation with futuristic tales. Though his new novel is set in the present, baroque descriptions of everyday articles and menacing anthropomorphic treatment of the Internet and sister technology give it a sci-fi feel. Cayce Pollard, a market researcher with razor-sharp intuition, makes big bucks by evaluating potential products and advertising campaigns. In London, she stays in the trendy digs of documentary filmmaker friend Damien (away on assignment), whom she e-mails frequently. When Cayce brusquely rejects the new logo of advertising mogul Hubertus Bigend, she earns his respect and a big check but makes an enemy of his graphic designer, vindictive Dorotea Benedetti. Hubertus later hires Cayce to ferret out the origin of a series of sensual film clips appearing guerrilla style on computers all over the world and attracting a growing cult following. Cayce treats this as a standard job until somebody breaks into Damien's flat and hacks into her computer. Suddenly every casual encounter carries undertones of danger. Her investigative trail takes her to Tokyo and Russia and through a rogue's gallery of iconoclastic Web-heads. Casting a further shadow is the memory of her father, Win, a security expert (probably CIA) missing and presumed dead in the World Trade Center disaster of exactly a year earlier. For complicated reasons even she doesn't understand, she connects her current dilemma with her father's tragedy and follows the trail with the fervor of a personal vendetta. Gibson's brisk, kinetic style and incisive observations should keep the reader entertained even when Cayce's quest begins to lose urgency. Gibson's best book since should satisfy his hardcore fans while winning plenty of new ones.