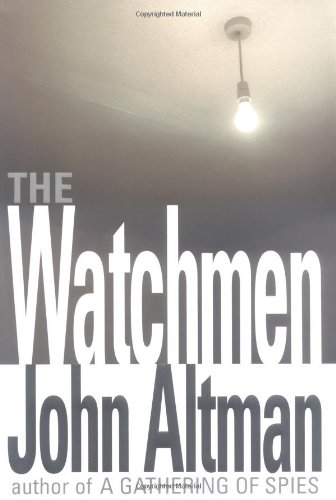 When captured al-Qaeda operative Ali Zattout proves less than forthcoming with his CIA interrogators, they subject him to the manipulations of regretful psychiatrist Louis Finney, who tries everything from mellow conversation to electroshock-induced "de-patterning" and " ." Meanwhile, Zattout is being stalked by a nameless assassin, alumnus of an Asian temple cult of assassins, whose hypno-meditative regimen makes him so stealthily lethal that he is shudderingly referred to as the "ghost wind." Altman ( ) excels at taut psychological confrontations, engrossing procedural and nerve-wracking action set pieces, replete with the theory and practice of mind control, interrogation techniques, cryptanalysis and murder. But the intrigue and mayhem spring from recognizable human motives. Like the Americans here, Altman's terrorists have affecting backstories and a sense of duty and payback that explains their acts, and they feel misgivings at the brutality they inflict. Orientalist clichés are off-loaded onto the assassin, a representative of the "True East," whose violence, unlike that of Muslims and Westerners, is not a tragic product of ideology and history but a mystic pathway to enlightenment, though even he is plagued by doubts and depression. Altman's blend of suspense, action, psychological depth and moral murk makes this a wonderful espionage thriller for a Code Orange age. .