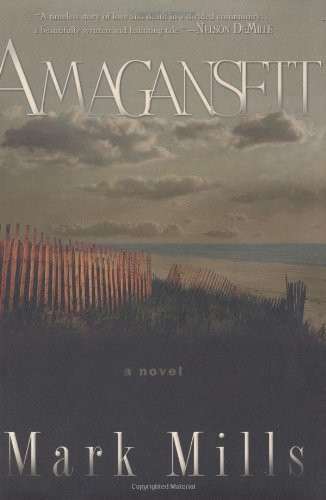 A mysterious drowning rekindles a conflict between a Basque-American fisherman and a powerful Long Island family in screenwriter Mills's smart, complex debut novel, a fascinating murder mystery that begins in the post-WWII years when Conrad Labarde hauls up the body of Lillian Wallace in his net while earning his livelihood in the waters off the Hamptons. At first the drowning looks like a tragic accident, but when the autopsy report raises the possibility of murder and Labarde's history with the Wallaces is uncovered, police chief Tom Hollis suspects Labarde of playing a central role in Lillian's death. Further investigation, however, casts suspicion on the powerful Wallace family, specifically Lillian's former boyfriend, Justin Penrose, and her ambitious brother Manfred, the latter of whom may have been involved in a deadly hit-and-run accident. As Mills weaves together the various plot threads, he ably paints the Hamptons as a social battleground for the local fisherman, the Jewish residents and the wealthier sport fishermen. Mills saves his trump card for the climax, in which Labarde baits Manfred Wallace into a final confrontation while cleverly forcing Hollis to play a pivotal role in their face-off. Probing, morally nuanced and rich with period detail, this is a fine first novel.