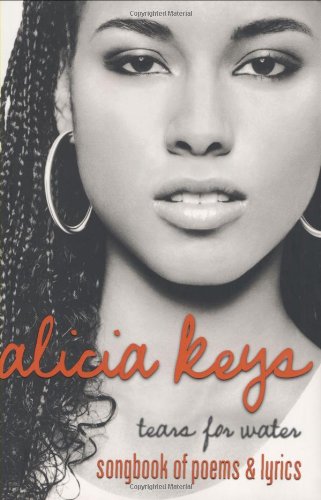 No doubt Keys has a fascinating story to tell—raised by a single mother, she's a classically trained, New York born-and-bred neo-soulster with two multiplatinum albums and five Grammys to her name—but she merely hints at it in this gathering of poems and lyrics. With their themes of loneliness, confusion, wonder and desire, most of Keys's free-verse poems could be the cris de coeur of any American 20-something: "Sometimes I feel/ like I don't belong anywhere/ And it's going to take so long/ for me to get somewhere/ Sometimes I feel so heavy-hearted/ but I can't explain/ cause I'm so guarded." But other poems hint at her world travels, her budding sense of social justice and her concerns about stardom ("When gone is the glory/ When gone is the shine/ Is gone the whole/ Of your fortune and pride?"). Nearly half of the book consists of lyrics from her two albums, and ; while they make a nice complement to the poems, the words feel a bit flat without the blaxploitation beat of "Heartburn," say, or the impassioned vocal delivery of "Fallin.' " For the Keys completist, however, this will be a compelling book of rock ephemera. .