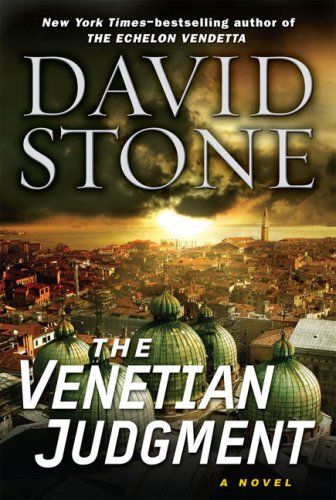 At the start of bestseller Stone’s formulaic third thriller to feature CIA “cleaner” Micah Dalton (after ), Dalton takes revenge late one night outside Venice’s Piazza San Marco on one of the Serbian thugs responsible for the death of his lover, Cora Vasari. Dalton’s actions result in his becoming involved in the search for a high-level traitor in the CIA’s ranks, who’s believed to be behind the brutal murder of elderly Mildred Durant, an unofficial adviser to an NSA decryption team known as the Glass Cutters, in her London home. Durant worked on the Venona Project, the interception of Soviet cable traffic, during the cold war. It appears Stalin “had a source close to Roosevelt who was never exposed.” While no one will mistake Stone for John le Carré, series fans are sure to root for the unstoppable Dalton, compared at one point to “the newly risen Christ, only blond and not quite so loving, with a bullet scar on one cheek and no intention at all of turning the other.”