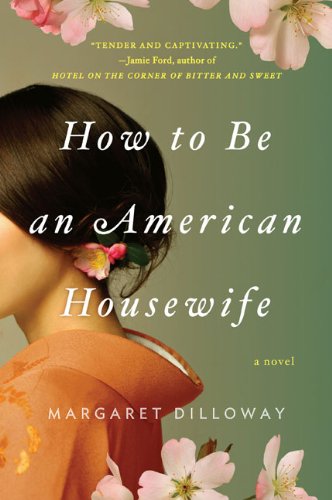 How to Be an American Housewife

In this enchanting first novel, Dilloway mines her own family's history to produce the story of Japanese war bride Shoko, her American daughter, Sue, and their challenging relationship. Following the end of WWII, Japanese shop girl Shoko realizes that her best chance for a future is with an American husband, a decision that causes a decades-long rift with her only brother, Taro. While Shoko blossoms in America with her Mormon husband, GI Charlie Morgan, and their two children, she's constantly reminded that she's an outsider—reinforced by passages from the fictional handbook How to Be an American Housewife. Shoko's attempts to become the perfect American wife hide a secret regarding her son, Mike, and lead her to impossible expectations for Sue. The strained mother-daughter bond begins to shift, however, when a now-grown Sue and her teenage daughter agree to go to Japan in place of Shoko, recently fallen ill, to reunite with Taro. Dilloway splits her narrative gracefully between mother and daughter (giving Shoko the first half, Sue the second), making a beautifully realized whole. (Aug.)
close
Details