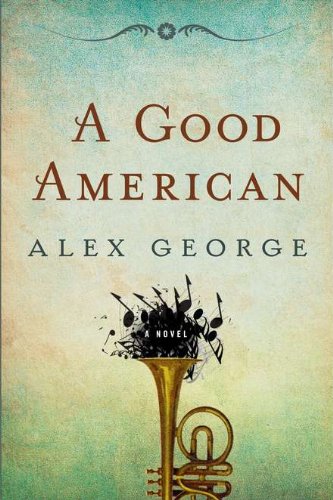 George’s debut novel is a sentimental, lively, and sad family saga spanning four generations, from a couple’s flight out of Germany in 1904 to the hope that their great-grandchildren hold for the future. The story is told by James Martin Meisenheimer, the grandson of the original immigrant couple, the unusually tall Jette and the unabashedly rotund and red-bearded Frederick. This unlikely pair falls in love in Hanover and flees (a mother, not a war) to the U.S. with Jette pregnant. She gives birth to James’s father, Joseph, in Beatrice, Mo., a small town whose residents are capable of both kindness and hatred. Frederick opens a bar, then volunteers for the army and is killed in WWI. Jette turns the bar into a restaurant during Prohibition, a place that feeds the townspeople—with food, yes, but also music—for decades. When James calls his grandmother’s life “one long opera,” full of “love, great big waves of it, crashing ceaselessly against the rocks of life,” he is very much a mouthpiece for author George (and not unlike Styron’s Stingo), whose debut chronicles much of the 20th century through the eyes of one family. George, a British lawyer who has practiced law in London, Paris, and Columbia, Mo., where he now lives, evokes smalltown life lovingly, sometimes disturbingly, and examines the ties of family, the complications of home, and the moments of love and happiness that arrive no matter what. Agent: Emma Sweeney Agency. (Feb.)
close
Details