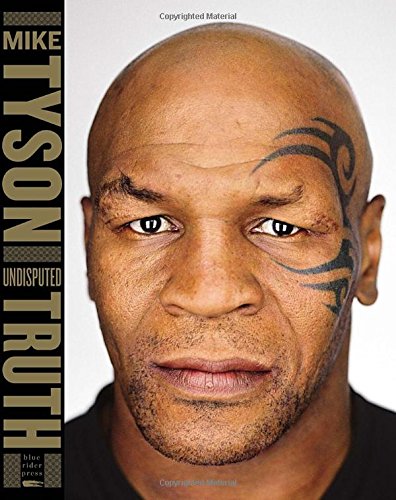 Reviewed by Robert Anasi. It's been a quarter-century since Mike Tyson demolished Michael Spinks in 91 seconds to become the youngest lineal heavyweight champion in boxing history. Today, the world in which he took center stage seems impossibly distant. In 1988, boxing was the only major combat sport (UFC 1 was five years away) and American cities were trapped in a cycle of violence%E2%80%94a disaster propelled by social neglect and drug wars. Pundits likened inner cities to war zones and chose incarcerating a generation of African-American men as a final solution.

As a child of this blighted landscape, Tyson became the boogeyman of white-flight nightmare. It was a role he embraced%E2%80%94one that proved very lucrative. Boxing was in a long decline, but every one of Tyson's fights became a major event. He brought in the celebrities and high rollers, filling casinos and pumping pay-per-view buys with a charisma unmatched by any heavyweight since Muhammad Ali. From the safe remove of their television screens, America loved to hate (or perversely love) Tyson, whom they perceived as a scary black man. This fascination should have faded after Tyson lost the title to Buster Douglas, or when he went to prison for rape, but the Tyson train wreck became an ever bigger attraction, whether he was biting Holyfield's ear, wrestling his pet tiger, or turning up on yet another police blotter. As Tyson notes, "I had fought eight rounds since I got out of jail and I had earned $80 million." When he declared that he wanted to eat Lennox Lewis's children, or drive an opponent's nasal bone into his brain, he was channeling his favorite comic book villain, but the world took him at face value. As Tyson inflicted ever greater amounts of coke and booze on his fragile sanity, he too seemed to forget that he was playing a role. Later stints in rehab and devotion to a 12-step program have brought Tyson a measure of calm.

Undisputed Truth contains very little of that substance. Tyson opens the book with a fervent denunciation of his rape conviction. First he's condemning his behavior, next he's bragging about how he invented the hip-hop gangsta mafioso and listing all the women he had sex with. This unreliable narrator makes the truth difficult to locate. Tyson's changing roles%E2%80%94from gangsta to fighter, to recovering addict%E2%80%94are intriguing, but utterly scrambled.

Sloman has cowritten numerous books with celebrities, including Peter Criss and Howard Stern, but Undisputed Truth adds up to little more than Iron Mike ranting into a tape recorder. It's a missed opportunity. The most interesting chapters come early, as he describes his difficult upbringing in the Bed-Stuy neighborhood of Brooklyn, N.Y., and his equivocal salvation at the hands of Cus D'Amato, who saw a future heavyweight champion in the fists of an insecure thug. D'Amato, in fact, is the only figure who comes across as fully human, and his manipulation of the young Tyson is both fascinating and disturbing. When covering the period after D'Amato's death, the book becomes an angry, depressed blur, which may well be how Tyson experienced it. Tyson, and others, were as much victims of his notoriety as they were beneficiaries. Tyson puts it in no uncertain terms: "I hate Mike Tyson. I mostly wish the worst for Mike Tyson. That's why I don't like my friends or myself." This time, there's no doubting his words.

Robert Anasi is the author of The Gloves, a Boxing Chronicle and The Last Bohemia: Scenes from the Life of Williamsburg, Brooklyn. He lives in Long Beach, Calif.