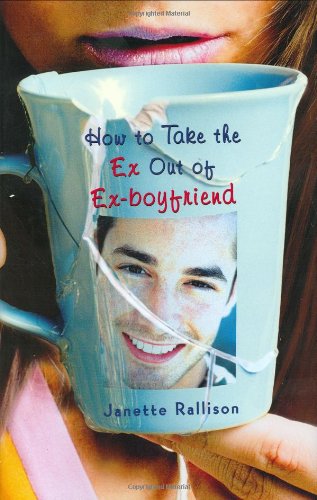 How to Take the Ex Out ofEx-Boyfriend

Giovanna has never liked her boyfriend’s snotty friends, but it’s not until he agrees to be popular Wilson’s campaign manager in the student body presidential election—instead of her twin brother Dante’s—that she publicly tells him “Jesse, we are over!” But it does not take her long to realize that she wants him back, preferably contrite, and a matchmaking friend helps her hatch a scheme. Giovanna is an amiable character “with a talent for making mistakes,” some of which are quite hilarious; she mixes up her grandmother’s loser neighbor with her blind date, ending up at dinner with a gambling addict who nicknames her “Panther,” because he thinks she aggressively asked him out. (Jesse and his friends are at the same restaurant to witness her humiliation, of course.) Rallison ( ) hints at deeper wounds here, as well: Giovanna admits that she is passionate about her brother’s campaign because “when our mother lost her battle with cancer, a part of Dante’s voice died with her.” But mostly this is light fare (though a scene in which three drunk boys ruin Dante’s campaign party, mooning the police, is more obnoxious than fun). Readers may wish they got to know some of the characters better—even Jesse remains somewhat of a mystery, beyond the obvious chemistry he has with Giovanna. But in the end, readers will appreciate the spunky protagonist, and the satisfying, if too neat, conclusion to her drama. Ages 12-up.