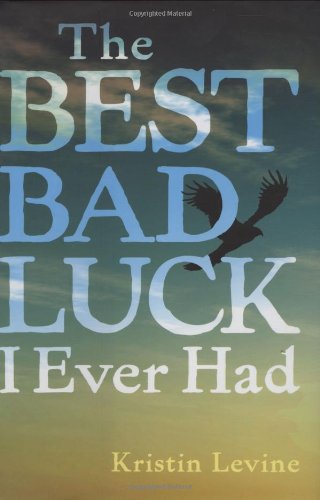 The Best Bad Luck I Ever Had

Tension builds just below the surface of this energetic, seamlessly narrated first novel set in small-town Alabama in 1917. Twelve-year-old Harry, aka Dit, has been looking forward to the arrival of the new postmaster from Boston, said to have a son Dit's age. The “son” turns out to be a girl, Emma, and to everyone's surprise, the family is what Dit calls “colored” and others call “Negras.” Emma, bookish and proud, impresses Dit with her determination (he calls it stubbornness) when she decides to learn to throw a ball or climb, and when Emma's mother upbraids him, Dit begins to rethink what he's been taught about the South's sorrowful defeat in the War Between the States. Levine sets up a climactic tragedy that will challenge the community's sense of justice; although hair-raising esque events are becoming common in YA novels about inequality in the segregated South, Levine handles the setting with grace and nuance. Without compromising the virtues and vices of her characters, she lets her readers have a happy-enough ending. Ages 10–up.