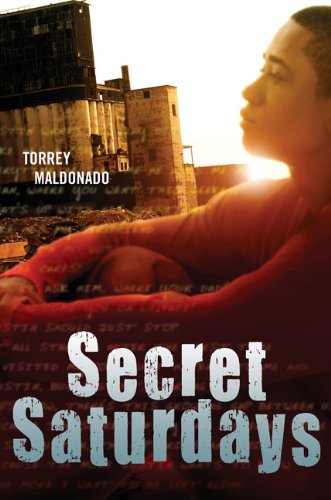 Sixth-graders Justin and Sean have been best friends since fourth grade and have a lot in common: raised in Brooklyn projects by their mothers, they're both half black/half Puerto Rican and share a love of rapping. So when Sean starts sneaking away with his mother on Saturday morning trips and increasingly acting like a bully, Justin feels a rift forming. Debut author Maldonado convincingly portrays roughneck playgrounds where boys are expected to be “hard,” and to “[d]is or get dissed on.” Justin's narration resonates with the authenticity of a preteen doing his best in an urban landscape that has taught him all he knows: “It sucks not having a father or uncle, because I see boys out here playing football and doing things with their dads and uncles. I have to do that stuff with my mother. Which is cool. But kind of gay too.” There are some heavy-handed moments—a TV talk show about male emotions helps Justin decide to speak with Sean about his feelings—but the book remains a moving portrayal of the hope to be found through honest relationships. Ages 10–up.