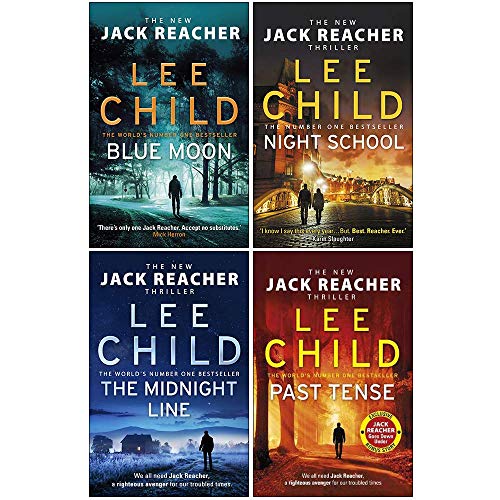 At the start of bestseller Child’s riveting 24th Jack Reacher novel (after 2018’s Past Tense), peripatetic vigilante Reacher rescues an elderly man carrying an envelope full of cash, Aaron Shevick, from a would-be mugger in an unnamed American city. Reacher escorts the shaken Shevick home, where he meets the man’s wife and soon learns the couple are deeply indebted to loan sharks because of huge medical bills. Shevick is supposed to deliver the cash to an Albanian crook named Fisnik in a bar later that day, but when Fisnik doesn’t show, Reacher ends up impersonating Shevick at the rescheduled meeting with Fisnik’s replacement, a Ukrainian thug, who’s never met Shevick. A turf war has just begun between the city’s rival Ukrainian and Albanian gangs, and Reacher lands in the thick of it in his efforts to help the Shevicks. Reacher applies his keen analytical skills to numerous violent confrontations with bad guys who aren’t as smart as he is. Readers will cheer as Reacher and his allies, a resourceful waitress and two fellow ex-military guys he hooks up with, take the fight straight to the top of the criminal command chain. Child is at the top of his game in this nail-biter. Agent: Darley Anderson, Darley Anderson Literary. (Oct.)

Correction: An earlier version of this review listed an incorrect publisher for the book.